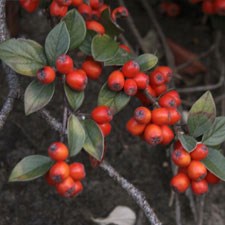 Originates from China and the Himalayas. Was introduced to New Zealand as an ornamental garden plant and was naturalised in 1982.

Cotoneaster is found scattered throughout the Bay of Plenty.

Stumps often resprout even after treatment. Follow up treatment will likely be required.