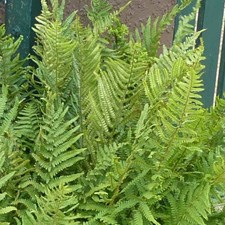 Originally from Europe, Asia and North America. It was introduced to New Zealand as an ornamental species and became naturalised in 1958.

Little information is available of the effective control of male fern. Digging the plants out and disposing in a manner that contains the spores is effective. Spraying with Metsulfuron is proven effective on many other fern species so likely to work on male fern.

Spray during the active growing season, follow-up control to manage seedlings will probably be required.