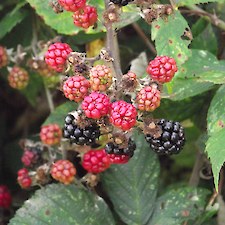 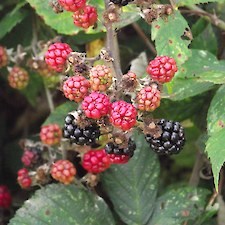 Blackberry came to New Zealand with the early British pioneers to give them a taste of home – many of the plants ended up in gardens where people could pick the fruits and make blackberry pie. This plant is native to Northern Europe.

Blackberry is well established throughout the Bay of Plenty.

Blackberry is a Sustained Control pest. Sustained Control pests are well established in the region and preventing the spread is no longer a realistic objective. Management focuses on reducing general impacts of the pest. Landowners/ occupiers are responsible for the control of these pest species on their land. Council may enforce control.

Rules require land occupiers to destroy any blackberry on their properties that is within 10m of any property boundary where the adjoining occupier is also controlling the pest plant.

To minimise damage to pasture: