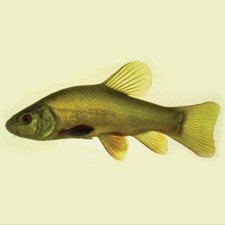 Tench are native to Europe and were introduced to New Zealand in 1867 as a sports fish. They can live up to 20 years in the wild and are also known as doctor fish due to a slime produced by their skin. It is said that this slime can cure sick fish when they rub up against the Tench.

Tench is an Exclusion pest in parts of the region, this means that it is not yet established in this area of the Bay of Plenty. Bay of Plenty Regional Council is responsible for managing new incursions into the region.

Controlling pest fish is very difficult and should not be attempted without expert advice. If you think you have found Tench, please contact the Bay of Plenty Regional Council.