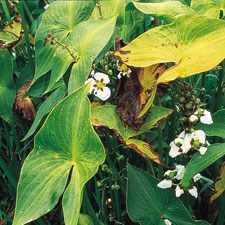 Originates from North America and was introduced to New Zealand as an ornamental pond and aquarium plant. Sagittaria is also known as Arrowhead because of its arrow-shaped leaves.