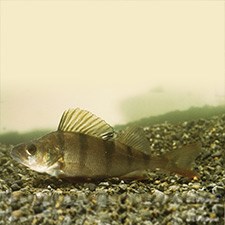 Perch originate from Europe and were introduced to New Zealand as a sports fish in the 1870s, however the popularity was not the same as trout or salmon due to the lack of ‘fighting ability’.

Perch have been shown to reduce the abundance of common bullies, inanga, smelt and koura (crayfish) in lakes where they have been introduced. In large numbers small fish such as Perch can contribute to toxic algal blooms.

Perch is an Exclusion pest. This means that it is not yet established in this area of the Bay of Plenty region. Bay of Plenty Regional Council is responsible for managing new incursions into the region.

Eradication pests are present in this area of the Bay of Plenty region but are limited in their size or extent of infestation. The eradication of these organisms is a feasible and cost-effective solution. The Bay of Plenty Regional Council is responsible for their control or eradication from the region. Action may be required from landowners or occupiers to support a control operation.

It is an offence under sections 52 and 53 of the Biosecurity Act 1993 to sell, offer for sale, display, release, move or breed perch in the Bay of Plenty region. Serious penalties are associated with distributing perch in waterways.

If you think you have found Perch, please contact the Bay of Plenty Regional Council who will control this species.