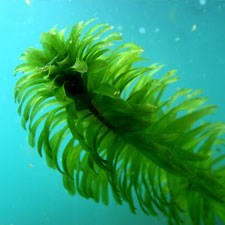 Introduced as an ornamental aquarium plant and naturalised by 1946. It doesn’t produce seed in New Zealand as only male plants are established here, instead it spreads through fragments breaking off and settling in new sites.

Egeria densa is present in lake’s Rotomahana, Rerewhakaaitu, Ōkāreka, Tarawera, Rotorua and Rotoiti. It first popped up in Lake Rotorua in the early 1980s and spread from there. Risk areas include the still waters of swamps, ponds, and lakes.

Council is trying to prevent Egeria from getting into our waterways which have not been infested yet. If you are travelling with equipment or machinery between waterways please ensure that you check, clean, and dry.