Lake Rotorua is experiencing its highest sustained levels since 2017 following heavy rainfall in June and July according to Bay of Plenty Regional Council data.

The water from Lake Rotorua flows out through the Ōhau Channel and stop-logs were removed in early June to allow more water to flow out of the lake.

“There’s only so much water that can go out the Ōhau Channel so there’s no quick fix”, Mr Townsend says.

“Continued rain will result in the high Lake Rotorua levels being sustained for longer and could even rise further.”

The high lake level will affect stormwater drainage in the lower reaches of the streams that flow into Lake Rotorua and there is likely to be increased erosion along lake frontages.

It should also be noted that the level of Lake Rotoiti is controlled via the Okere Gates so this does not affect the levels in Lake Rotorua. 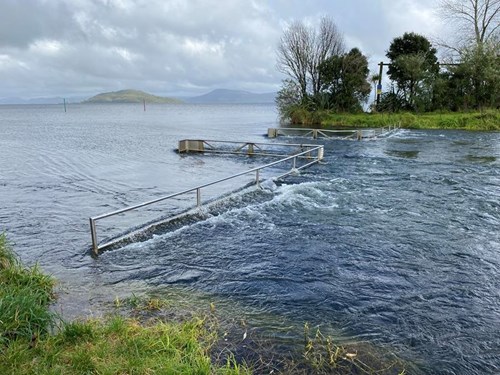