The lack of lifejacket use continues to be the biggest reason the Bay of Plenty Regional Council Harbourmaster team has to interact with boat users.

Since Labour Weekend at the end of October patrols have spoken with more than 11,000 people on 3,500 vessels and with the three-day Anniversary Weekend looming, Harbourmaster Jon Jon Peters says there’s no excuse not to wear a lifejacket.

“Research shows that about two thirds of recreational boating deaths might have been prevented if people were wearing their lifejackets,” Mr Peters says.

“Make sure that lifejackets are the correct size, in good condition and suitable for the type of boating you do.”

Speeding craft and vessels that weren’t registered were the reasons for most of the breaches being issued.

Boats must not exceed 5 knots within 200 metres of the shore, a structure or dive flag; and within 50 metres of another boat, raft or person in the water. 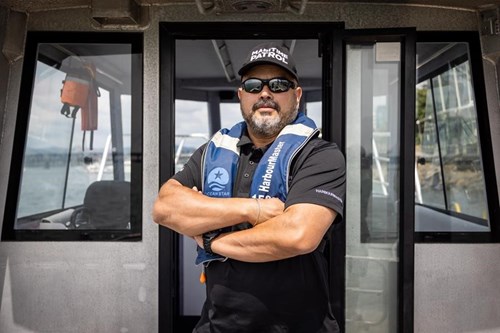