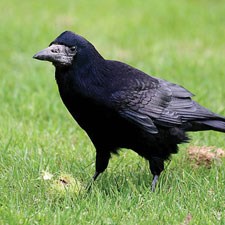 Rooks were introduced to New Zealand from Europe and Britain in the 1860s to control pastoral pests. By the 1960s, numbers had increased significantly and shooting and poisoning campaigns were undertaken to reduce densities. Mismanaged operations and inappropriate methods led to the displacement of birds and the establishment of new colonies. 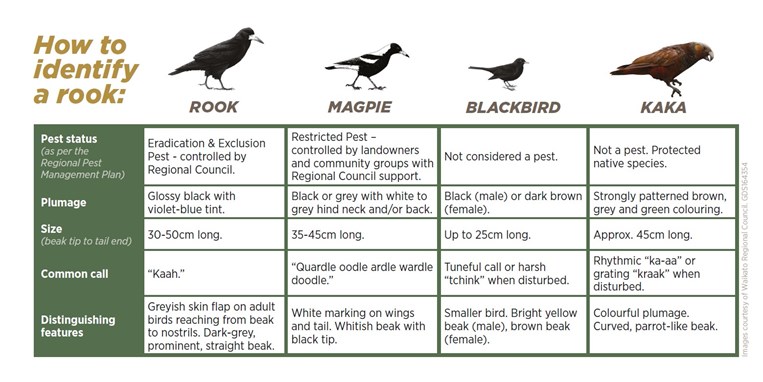 Rooks are extremely prone to being disturbed, therefore we ask that people report rook sightings immediately to the Council rather than attempting to shoot them. Disturbance can break up populations and make effective control difficult. In the past, mismanaged operations and ineffective control methods have led to the displacement of birds and the establishment of new rookeries.

If you think you have seen a rook please contact the Bay of Plenty Regional Council immediately on 0800 STOP PESTS with the following information: