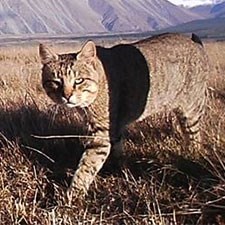 Cats were brought to New Zealand by the early European explorers from 1769 onwards, as ships were heavily infested with rats and they were used to help control them. In recent times feral cat populations have also resulted from the dumping of unwanted kittens and cats.

Widespread throughout New Zealand. They live in a variety of habitat types including coastal areas, farmland, forests, riverbeds, sub-alpine environments and on offshore islands.

The benefits of microchipping your cat
Microchipping helps protect your cat and supports you as a pet owner.
Unlike cat collars, which often come off, microchips are reliable.
Microchipping makes it easy for vets, animal shelters and councils to identify cats, and return them to their owners if they become lost or separated, or trapped during pest control programmes.
Microchipping is recommended as best practice by the Ministry for Primary Industries in their Companion Cats - Code of Welfare 2007.

Feral cats can be very difficult to trap as they are naturally cautious and a previous bad experience will make them "trap shy". There are two trapping options for feral cats - live capture "cage" traps and kill traps. When trapping for feral cats it is important to avoid trapping domestic cats and therefore live capture traps are recommended in residential areas. Bay of Plenty Regional Council supports the use of live capture traps in urban areas so that microchipped domestic cats can be identified and distinguished from feral or stray cats.

NAWAC (National Animal Welfare Advisory Committee) approved traps need to be set as per the manufacturers guidelines. A person who, for the purpose of capturing alive a mammal, bird, reptile, or amphibian, sets a trap or causes a trap to be set must inspect the trap, or cause a competent person to inspect that trap, within 12 hours after sunrise on each day the trap remains set, beginning on the day immediately after the day on which the trap is set.

Kill traps can be used in a variety of situations outside of residential areas. SA2 (Steve Allan traps) are NAWAC approved as a humane kill trap for cats. Bait the trap with meat based baits.

Shooting is only suitable in remote rural areas where the likelihood of killing a domestic cats is low.

There is only one pesticide registered for controlling feral cats (PAPP). The restrictions around its use mean that it can only be used by licensed operators in remote locations. 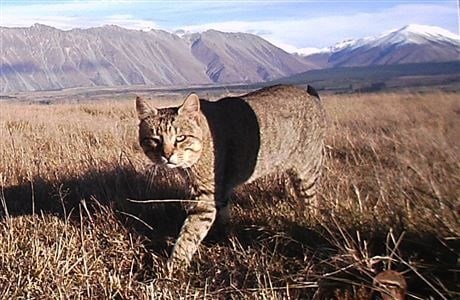