The Tauranga Geothermal System is a large low-temperature geothermal system (between 30°C and 70°C) that shares similar aquifers as the cold groundwater resource.

A few warm springs are found at the surface which have been used for bathing, with the system being tapped by many bores utilising the waters for commercial and domestic purposes. It extends over 60 km from Katikati-Waihi Beach in the north-west to Te Puke-Maketu in the east, with the dominant heat source appearing to lie near Tauranga city.

There are a few natural warm springs, generally with water temperatures below 35°C. Sapphire Springs south-west of Katikati was sampled at the start of the twentieth century (1904), but there is little observational detail on the spring or its use. Today the spring is diminished with hot pools being sourced from groundwater bores.

Hot springs located around one kilometres south-west of Maketu have been documented as being bathed in by local Māori in the late 1800s (Matherson, 1998). Springs were likely to have been in a wetland area and may have been reduced with drainage development in the area for farming.

Hot water has been extracted from the system for about the last 40 years for heating, cooling, tropical fisheries, bathing and greenhouses. Water is also extensively used for irrigation and frost protection being the dominant use of the geothermal use in the resource in the commercial sector. The system has traditionally been monitored for groundwater flow but increases in use have also caused concern about the management of the heat within the system. Low-temperature (<150°C) geothermal resources are becoming an increasingly attractive energy source as technology improves and traditional energy sources become scarcer.

There is potential that parts of the Tauranga Geothermal System are sensitive to permanent cooling if overused. If too much geothermal water is taken, then cool water may replace the warm, cooling the heat left in the rocks and potentially taking many years to regenerate.

Council is completing further scientiﬁc research in order to better understand the attributes of this geothermal system. To help better model the extent of the Tauranga Geothermal System in terms of its depth and geographic scale, geothermal bores and groundwater takes are being monitored and tested. Once a better understanding of the science is achieved, work will continue with key stakeholders and the community to develop new policies and rules to help ensure the long-term sustainability of the geothermal system. 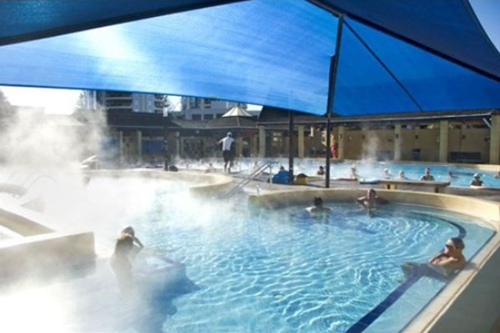