The Lake Rotokawa-Mokoia geothermal field lies approximately 7.8 kilometres northeast of Rotorua city. Geothermal bores utilise heat for domestic and commercial use, and some of the hot springs and seeps are used for bathing.

Modelling and chemistry indicate these surface features at Mokoia and Rotokawa although separated by the lake are connected at source. Mokoia Island is privately owned by local iwi, who control access in conjunction with the Department of Conservation 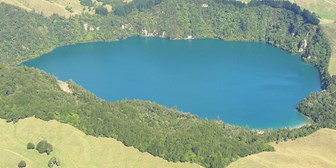 On Mokoia Island, the springs lie primarily along the south-east margin of the island. Measured temperatures are up to 61°C and the chemistry is typical of a dilute, neutral pH, sodium-bicarbonate water with a chloride content of 69 mg/kg (Bromley et al., 2006). On the shore of Lake Rotorua, hot seeps occur near Ngunguru Point. At Lake Rotokawa, warm springs and warm ground are documented (40-45°C). There is also a warm spring (23°C) located on the bank of Waingaehe Stream (Wharenui Spring), about 1 kilometre south of Lake Rotokawa. 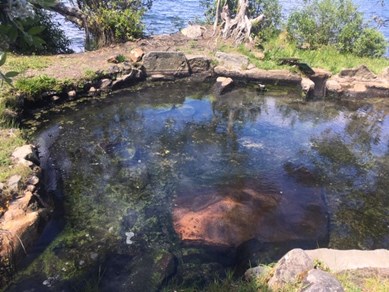 The island has a long history of occupation and use of geothermal, and is where Hinemoa warmed herself after swimming to the island guided by Tutanekai's flute according to legend.

Eighteen shallow bores have been drilled in the Lake Rotokawa-Mokoia geothermal system all are located in the proximity to Lake Rotokawa. Bore depths are generally less than 25 m, with one cold water bore extending to ~100 m.

Consented geothermal water-takes are for domestic use and include the Rotokawa School. The school extracts geothermal water at 115°C and reinjects the same volume at 71°C.

Sampling of Waikimihia Spring (also known as Hinemoa’s pool) located on Mokoia Island has been undertaken for research or in response.