Moutohorā (Whale) Island is a protected geothermal system and lies about 8 km (11 kilometres from Whakatāne) off the Bay of Plenty coast rising to 353 m above sea level.

The island is a Wildlife Management Reserve for endangered birds and plants covering 143 hectare. The name Moutohorā, is a contracted form of Motutohorā, meaning “Whale Island” or “Captured Whale”. 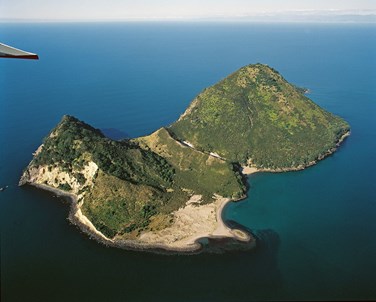 Surface geothermal features are present on the island located primarily between the central cone and Pa Hill lava Dome. Mostly restricted to Sulphur Valley or nearby on the western side of the island. Features include acid hot springs, steaming ground, and fumaroles. Submarine features are also known in the shallow water off the south coast.

Numerous archaeological sites of both Māori and European origin have been recorded, including an extensive pa site (Pa Hill) and several house terraces and garden sites, middens, stone tool manufacture areas and stone walls. After permanent Māori occupation ceased in the early nineteenth century, the ﬁrst European occupation came in the 1830s with an unsuccessful attempt to establish a shore-based whaling station. The venture failed without a single whale being captured. Forty years later came attempts to make money from sulphur. It was extracted and sold to a reﬁnery in Auckland but was of poor quality, and the venture was abandoned in 1895. The next phase of industrial activity came in 1915, when quarrying provided rock for the construction of the Whakatāne River wall. A total of 26,000 tonnes of rock was removed over ﬁve years.

The island is a Wildlife Management Reserve and this has led to the island being developed as a tourism attraction. It is one of New Zealand’s most restricted pest-free sanctuaries. 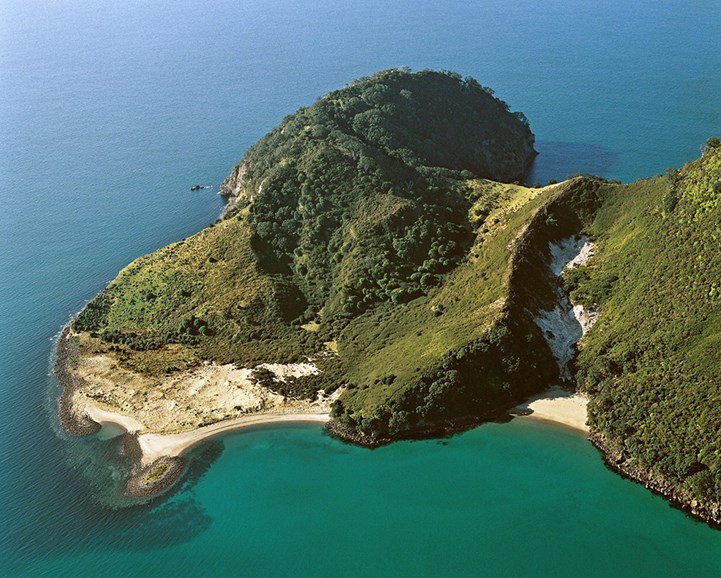 Aerial photographs to illustrate western end of the island and surface geothermal expression.