The main carpark and walking track into Pāpāmoa Hills Regional Park, at Poplar Lane near Te Puke, will re-open to the public from tomorrow 3 June.

Mr de Monchy said that re-opening the Park has been Council’s first priority. Signage, landscape restoration and the development of other visitor facilities will follow.

“As you’d expect, the Park looks very different post-harvest. We’ll be replanting the harvested area with 30,000 native plants this winter and another 20,000 over the next five years. The plants will reduce erosion risk, improve biodiversity value, and enhance the experience for park visitors over time,” he said.

“Some of the pa sites are more visible now, which makes the cultural heritage of the Park even more obvious. Together with the Pāpāmoa Hills Tangata Whenua Advisory Committee, we’re working on concept plan that will take advantage of that and create a richer visitor experience through landscaping, signage and other visitor facilities.  Proposals will be considered by Councillors later this year and consulted on publicly through our Long Term Planning process,” Mr de Monchy said.

The Poplar Lane carpark and the main walking track into Pāpāmoa Hills Regional Park were closed for pine forest harvesting last October. Parts of the closed area had to be re-contoured and the main walking track re-constructed before the Park could be re-opened to visitors. Mr de Monchy said that the operation took longer than planned due to extremely wet ground conditions and slips that were caused by unusually high rainfall during autumn. 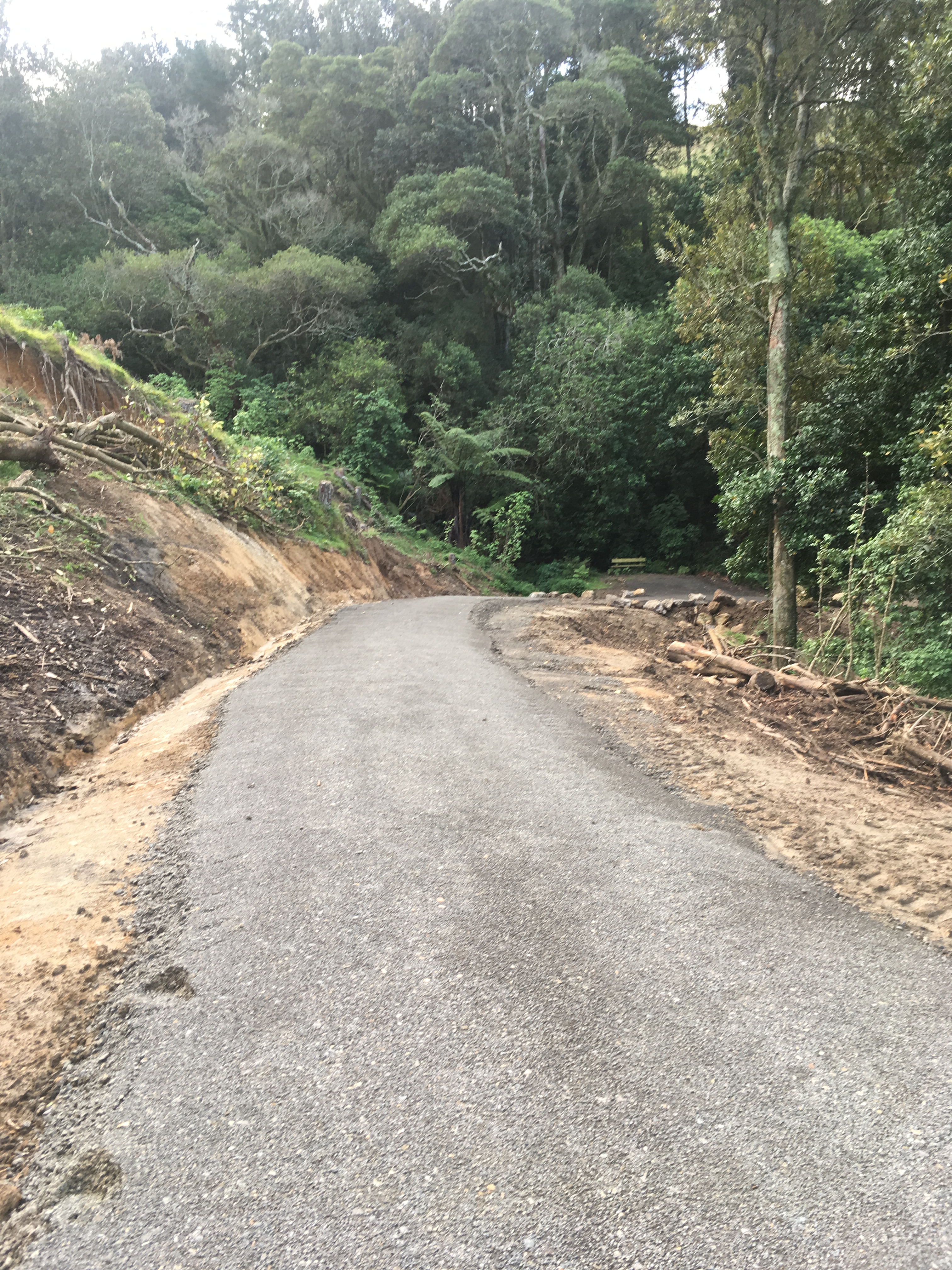