Locals from Tauranga’s Waitao community gathered together last night to celebrate and see the 2016 National River Story Award that they won at the Morgan Foundation River Awards ceremony in Wellington earlier this month.

Waitao Care Group Chairman David Hooker received the award on behalf of the community at the Wellington ceremony. He said that was an honour but it was even more special to be able to bring it the award home and celebrate with the people who had earned it.

“The award belongs to everyone that’s been involved in restoring the Waitao River and Rangataua Estuary since 2001. We all pitch in with paperwork, monitoring, planting days, and nursery working bees. Everyone contributes what they can and together we get things done. Last night’s celebration was in true Waitao style; just a casual BBQ and a chance to catch up and congratulate each other,” said Mr Hooker.

One of the contributing landowners is Pirihima Whānau Trust which is restoring wetlands near the river mouth. Pirihima Trustee Wayne Hudson said that restoring kaimoana (seafood) has been a key driver for his whānau.

“Tom and Hinenui Cooper from Ngā Potiki paved the way for us by working with NIWA in the early 2000s to monitor changes in the awa (river). They helped build connections with landowners in the upper catchment that were replanting waterways on their properties. Now our whānau is building on that work. We all want the same thing and we’re working together as a whole community to achieve it,” Mr Hudson said.

Bay of Plenty Regional Council Chairman Doug Leeder also attended last night’s celebration, to congratulate and say thank you to the volunteers who earned the award.

“Everyone has a part to play in keeping waterways clean and the Waitao community are an inspiration to us all. As a Regional Council we’re proud to have been able to assist them with practical advice and funding support. This kind of collaboration is key to improving regional water quality and the health of Te Awanui Tauranga Harbour which the Waitao flows into.

The National River Story award recognises inspirational examples of a community or an individual working hard to restore the health of their local river. A video about the Waitao community’s work to care for their local river was created by the NZ Rivers Trust and Morgan Foundation. It can be viewed at www.boprc.govt.nz/taurangaharbour.

The direct Youtube url for the NZ River Awards Waitao video is https://youtu.be/zgQnq8hh46Y?list=PLNI0sfOqUe3i8EnjIBEclWL_6yl4R-2ik

The Waitao River story is one of Māori and Pakeha of all ages are banding together to restore the river, which runs into Tauranga Harbour.

It was local hapu Ngati Pukenga who took the lead. They’d heard elders talking of times when the river and estuary were a larder, full of whitebait and eels, and flounder and mullet.  Coastal vessels were able to navigate several kilometres up the river. Kiwi and kokako lived in the bush at the head of the catchment.

But changes in land use meant the estuary had filled with sediment. The river had clogged up and was no longer safe to swim in, let alone eat fish from.

In 2003 the hapu started working with NIWA and the NZ Landcare Trust to design and implement the Te Awa o Waitao restoration project.  They began by clearing weeds and rubbish from wetlands close to the marae on the estuary, and secured funding to fence and plant the land.

They appointed a kaitiaki, Tom Cooper, to help collect monthly water samples. Twelve sites have been monitored since then for temperature, clarity, pH and conductivity.

In 2007-8 the hapu used early results in workshops to educate their neighbours upstream that they had a role to play too.  You could see six metres through the water that flowed from the bush at the top of the catchment, but by the time it reached the Welcome Bay bridge near the estuary, you couldn’t even see your feet.

Those upstream neighbours had already been working together to stop a proposed dump, and in 2008 decided to join the fight to restore the Waitao to somewhere for birds to live and kids to play.

Volunteers from the Waitao-Kaiate Environment Group, made up of about 15 families, now run three small nurseries.  They source local seed and raise several thousand plants a year, which they then plant out along the riverbank. They have working bees once a fortnight.

Now the hapu and the environment group are planning further collaboration.   All stock has recently been moved from a wetland between the two marae on the estuary, and the hapu have begun planting four thousand trees provided by the Bay of Plenty Regional Council.  Environment group members are pitching in to help.

They’ve already seen some improvement in water quality. The long-term monitoring shows clarity has improved and unhelpful nutrient levels have reduced. NIWA monitoring has found 15 species of fish and invertebrates. However there is still much to do.  The region’s favourite swimming hole, the Kaiate, which falls near the top of the catchment, is closed to swimmers because of e. coli contamination.

Regional council staff are monitoring the water there more closely and working to ensure farmers upstream keep their stock out of the bush and away from waterways.

Everyone involved in the restoration realises that with changes in land use, much that was good has been lost over the years.  The challenge is to bring it back, and that can only happen when everyone along a river works together. 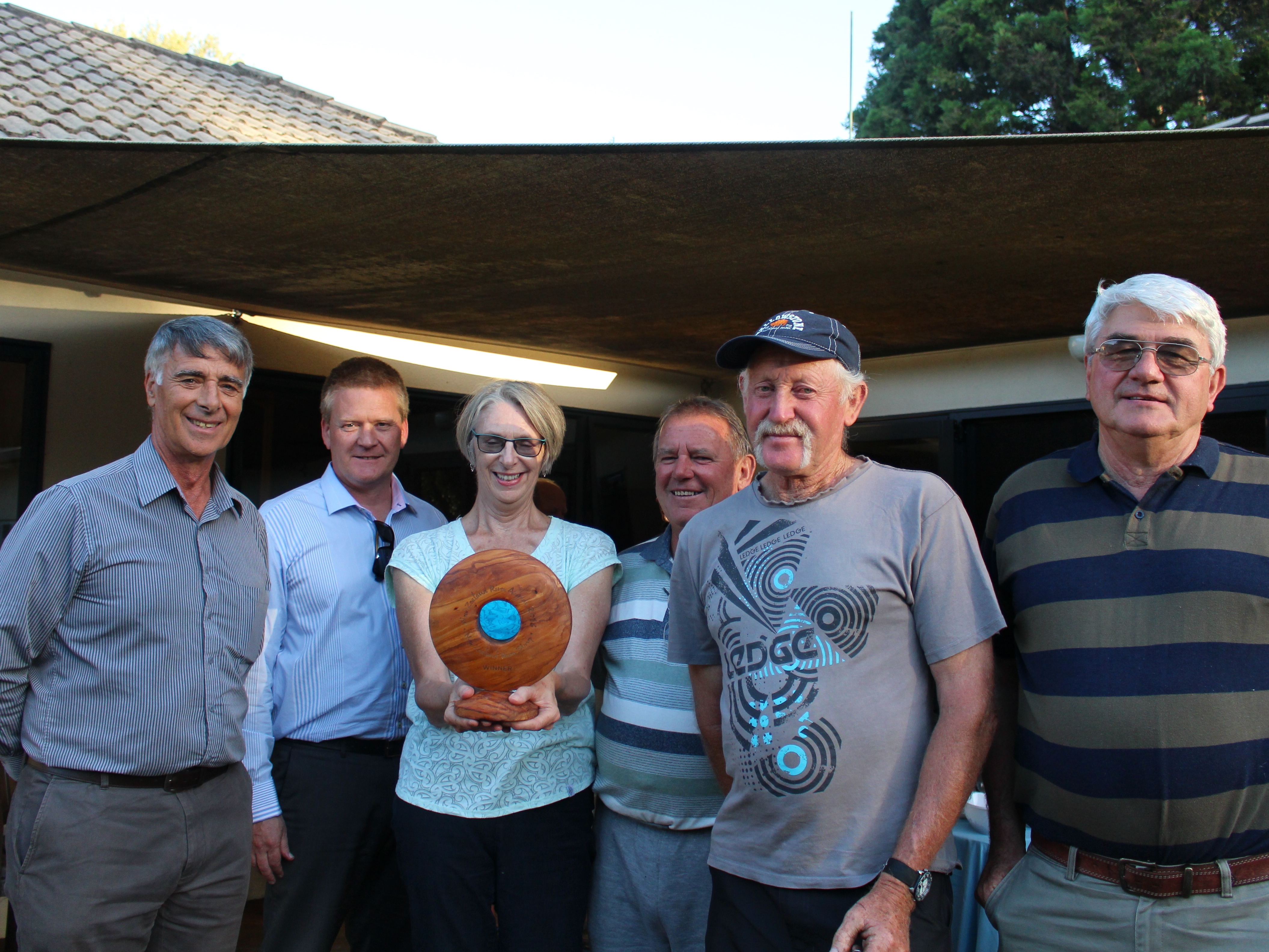 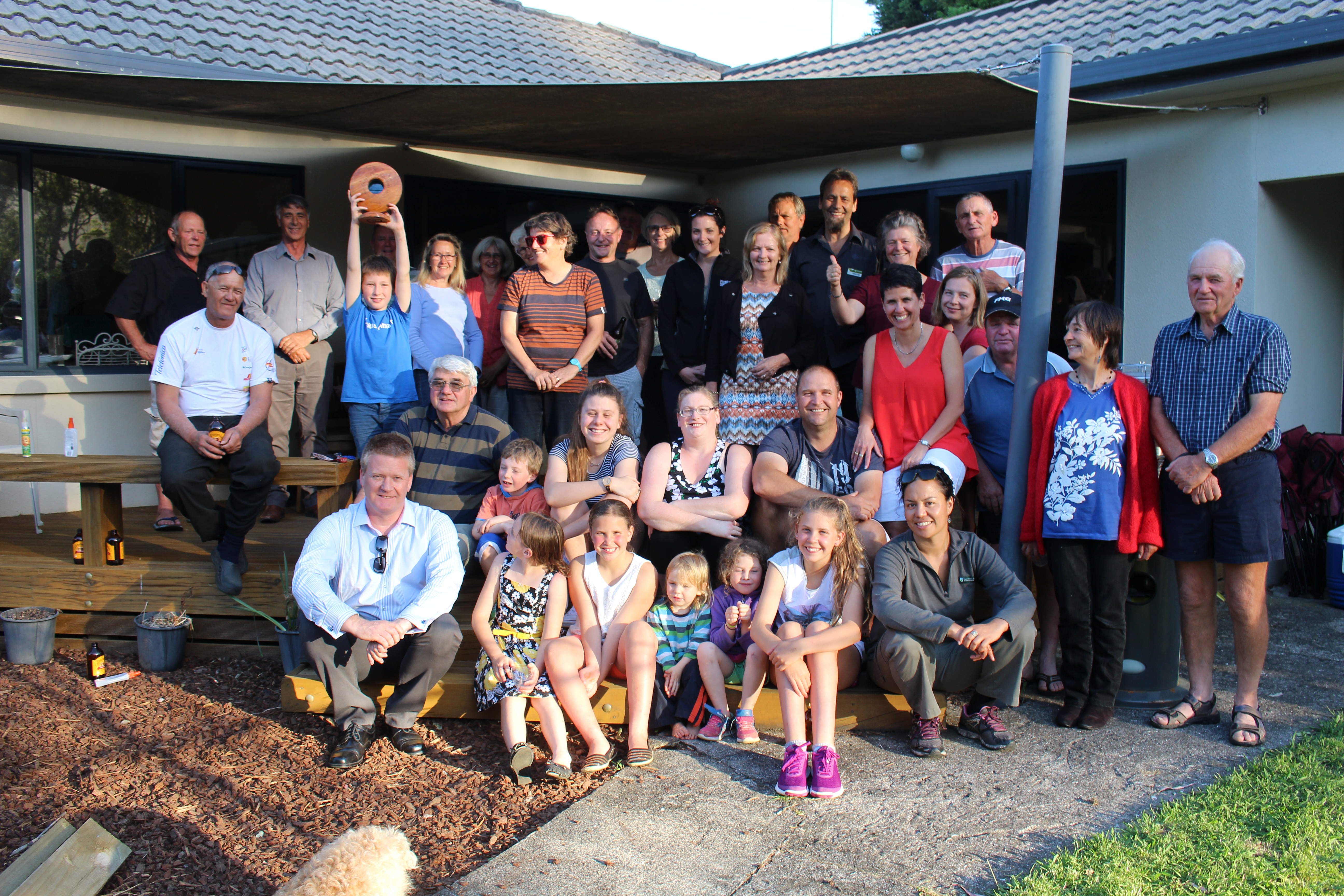 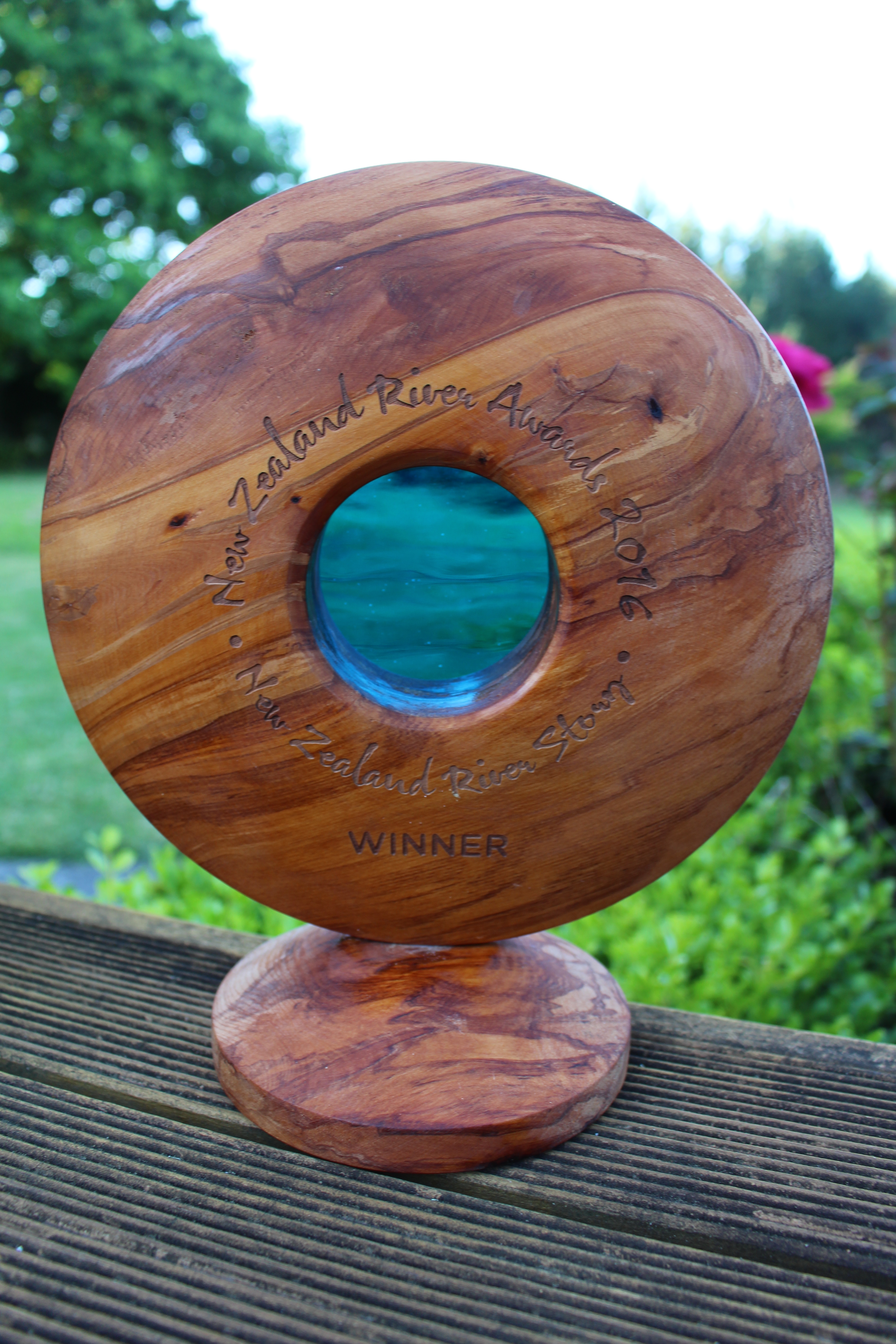