Bay of Plenty Regional Council are implementing Level 2 of the Water Shortage Event Standard Operating Procedure for some streams with headwaters in the west-southwest of Rotorua.

The New Year has brought some weather extremes to the Bay of Plenty, with some intense rainfall in the Eastern Bay while dry conditions have been experienced in most of the central and western parts of the region.

This has resulted in several streams near Rotorua experiencing very low flows. The Ngongotahā Stream has reached its lowest recorded flow, for this time of the year, since records began in 1975.

Both the Ngongotahā Stream and Paraiti (Mangorewa) River have had declining flows for some time.

Regional Council is responsible for caring for the region’s waterways and ensuring people’s use of water is sustainable.

“We came into this summer on the back of last year’s drought, which we never recovered from, so there was always a high chance of low stream flows this year,” he said.

“If we do not get some decent rain in the near future there is a risk that stream flows will shortly reach critical levels, and we may have to impose water restrictions on consented water users.”

“The most affected area in the Bay of Plenty is currently waterways with their headwaters near the Mamaku ranges. It is most likely that the same processes affecting those streams are also reflected by decreased groundwater levels within the Rotorua geothermal system too,” he said.

Under Level 2 of the Water Shortage procedure, the Regional Council will undertake additional flow measurements in affected waterways, increase assessment, analysis and reporting for the focus area, while also increasing communication with affected stakeholders.

“As advised last year, water users need to be preparing and planning for water restrictions if the dry weather conditions continue”, he said.

“Even though our initial focus is in the Rotorua area, other streams over the wider Bay of Plenty region are also dropping. So it is important that all water users plan for some possible disruption to their water supply this summer. This included all consented and unconsented water takers.

“Summer water restrictions may be needed in the near future; to protect our local waterways and the wildlife they support from harm during record low stream flows.”

Across the region, everybody can also do their part to help to care for local waterways. Water users should check for leaks in their systems, and take steps to always use water as efficiently as possible to avoid wasting it.

Find out more about Bay of Plenty Regional Council’s work to protect waterways during dry weather, and access links to water efficiency tips at www.boprc.govt.nz/watershortage.

Rural Support Trust (ph 0800 787 524) and Ministry for Primary Industries offer advice and assistance to people and businesses impacted by the drought. 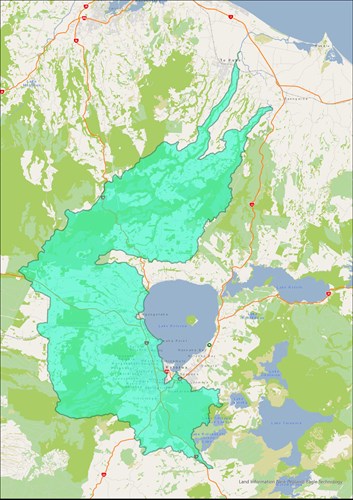 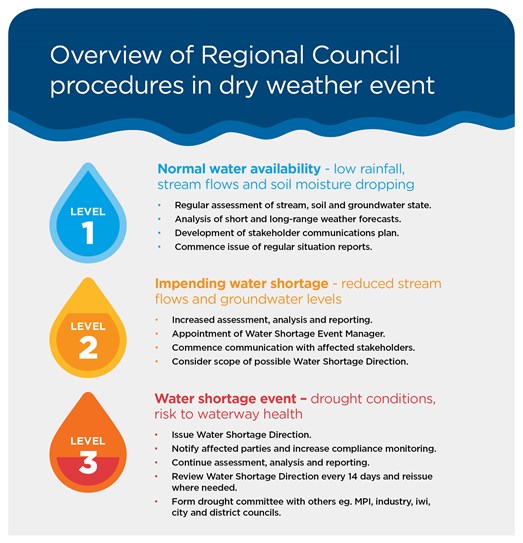