Eight individuals who, in total, have delivered 120 years to emergency management in the Bay of Plenty have had their dedication acknowledged at an awards ceremony held in Tauranga on Friday (subs 27 September 2019).

Among the recipients, six had performed roles in the emergency management response to ex-Tropical Cyclones Debbie and Cook which caused storm damage and flooding in the Eastern Bay of Plenty in April 2017.

“They have been there to serve our communities during times of emergency, and have worked tirelessly and passionately to build and improve civil defence emergency management systems and processes.”

“Emergency Management attracts dedicated and talented people, and the Long Service Award recipients are representative of the commitment we see right across the sector,” Minister Henare concluded. 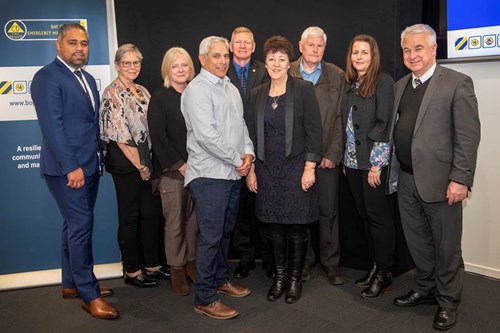