The war on catfish continues

Bay of Plenty Regional Council has confirmed 28,060 catfish were caught during this year’s summer netting season.

This represents a drop of 18% on last year despite almost double the amount of nets being set. The total number of catfish caught since the first one was discovered in Lake Rotoiti in 2016 is now nearly 63,000. 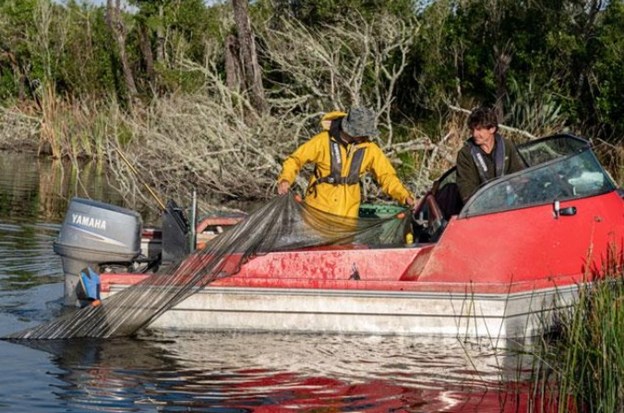 “It’s definitely a step in the right direction but given that a single catfish can lay up to 6,000 eggs at once and the discovery of the species near Mokoia Island in Lake Rotorua during December 2018, it means that the battle is far from over. ” Mr MacDonald says

“Over the summer the discovery of catfish in Lake Rotorua reinforces the need to use every possible option available to us to remove catfish from Lakes Rotoiti and Rotorua and stop the spread to other waterways.”

The Regional Council and Te Arawa Lakes Trust have been working closely with locals in the last 9 months to raise awareness and started a community netting programme in the Rotorua Lakes. The Te Arawa Catfish Killers have successfully netted 3,125 catfish to date, while volunteers are also on the lookout in the wider Rotorua Lakes by netting in Lakes Ōkāreka, Rotoehu, Rotomā and Tarawera.

Council-funded research currently being undertaken by NIWA and the University of Waikato to find new surveillance methods and tools to stop the spread of the pest is showing promise. The outcomes of both should hopefully be able to feed into future control activity.

Over the last year the council has increased its focus on educating the public on how to stop the further spread of catfish (and other aquatic pests) to surrounding lakes. Catfish-specific efforts included the placement of educational signs at popular boat ramps in the region.

”There is a continued commitment by the council and all of our partners to stop the spread of catfish so the hope is that this time next year we will see a further reduction in the numbers being caught, “ Mr MacDonald says.

The Brown bullhead catfish can grow up to 40cm long and are typically a dark brown / green colour with thick and leathery skin. They are easily identifiable by a sharp toxic spine on their fins and have four pairs of barbels around the mouth

Why they are a problem

They feed on small native fish, trout and their eggs. Catfish also compete for food with other native species, including koura (freshwater crayfish). They lower water quality by stirring up mud to feed.

How to prevent the spread of all aquatic pests

Before leaving a lake, waterway or river: