One year on from major changes and the western Bay’s Bayhopper bus network is seeing promising increases in patronage.

Since the changes were launched 12 months ago, the Bay of Plenty Regional Council managed network has seen a growth in patronage of nearly 7% (6.7).

Bay of Plenty Regional Council Public Transport chairman Andrew von Dadelszen says the growth in passenger use is positive especially after the rocky start the network had.

“There were significant challenges with the implementation of the new contract, particularly at the beginning of the school year,” Cr von Dadelszen says.

It was the first time the network had been significantly changed since 2008, with the changes designed to improve reliability and on-time performance, providing more direct routes and stronger connections between areas outside of the Tauranga city centre.

The busiest route during the year was the Hospital Link with 233,852 passengers trips taken; while in second place, route 55 saw 225,020 people use the service.

Following public consultation a number of changes were made to the service:

Other highlights of the new network include:

The public transport network is paid one third by Tauranga ratepayers; one third is covered by fares; and one third is paid by the New Zealand Transport Authority. 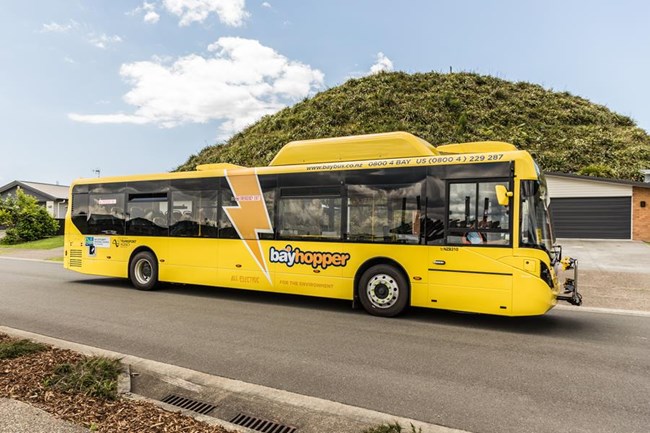 The passenger trips excludes transfers – transfers are when a passenger starts their trip on one service and finishes it on another, i.e. using Route 62 to get into the CBD and then continuing on another service. Transfers must be made within an hour of the original ticket being purchased.