Rotorua locals are one step closer to having a cleaner lake, following an interim Environment Court decision on Lake Rotorua nutrient management rules that has been released this week.

Bay of Plenty Regional Council Chief Executive Fiona McTavish said that the rules (Plan Change 10) are one method in a broad suite of lake clean-up tools being delivered through the Rotorua Te Arawa Lakes Programme. 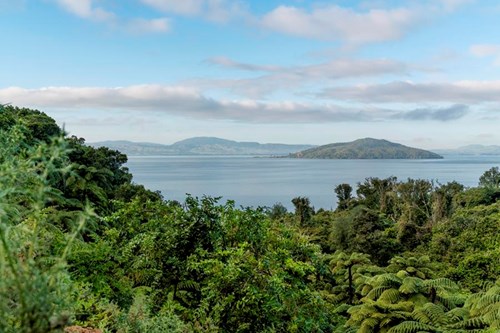 This week’s Environment Court decision ruled in favour of Regional Council’s nitrogen allocation method. It also identified that additional provisions are needed in relation to Treaty Settlement land and called for further evidence on some technical matters which will be worked through in stage two processes.

Excess nutrients, such as nitrogen and phosphorous are a problem for lake water quality because they can fuel aquatic plant and algae growth, upsetting natural balance and making the lake less suitable for people to enjoy and gather kai from. Nutrient sources include animal waste, fertiliser use, geothermal activity, erosion, storm water run-off and sewerage leaks.

Ms McTavish said that other tools being used to achieve a shared 320 tonne nitrogen reduction target for Lake Rotorua include funding grants, restoration work, gorse conversions, the use of Matauranga Māori, sewerage system upgrades and engineering innovations. The new rules are expected to contribute 140 tonnes to the overall reduction target and 29 landowners have already been granted consents under the new framework.

“Nitrogen reductions of 26 tonnes and protection of 100 percent of lake and stream margins have been achieved since we first started working together with landowners, Te Arawa Lakes Trust and Rotorua Lakes Council on joint solutions.

“Where once the lake was murky green, it’s clear again thanks to temporary alum dosing, and we’ve seen a real improvement in water quality indicators since 2011, compared to the previous decade. But there’s a lot more work for everyone to do before we can say we’ve achieved sustainable levels of lake health,” Ms McTavish said.

Bay of Plenty Regional Council notified its decision on the new nutrient management rules in August 2017. The Environment Court has been considering four appeals to those rules in two stages.

“The rules were developed over a two-year consultation period and aim to limit nitrogen discharge from rural properties in the Lake Rotorua groundwater catchment through the use of consents, property-specific nutrient allocations and nutrient management plans,” said Bay of Plenty Regional Council Chief Executive Fiona McTavish.

Timeframes have not yet been set for stage two of the Plan Change 10 appeal resolution process. However the Court has given direction for the parties involved in the appeals process to work together to resolve outstanding appeal points.

“We remain committed to working together with our programme partners, appellants and the community to improve water quality and provide certainty to affected landowners as quickly as possible.

“Our new rules are unique to the Lake Rotorua catchment, but I believe that they’re well aligned with central government’s push to clean up waterways across New Zealand,” Ms McTavish said.

More information about work to restore the Rotorua lakes and Plan Change 10 is available at www.rotorualakes.co.nz. Advice and support for landowners in the Lake Rotorua catchment who wish to discuss land-use change opportunities, incentives or implications of the new rules is available by calling the Bay of Plenty Regional Council Land Management team on 07 921 3377 or email adviceandsupport@rotorualakes.co.nz.