Dredging begins in the Kopeopeo Canal

On Monday 22 January 2018, the Kopeopeo Canal Remediation Project marked a significant milestone with sediment dredging from the Canal getting underway. 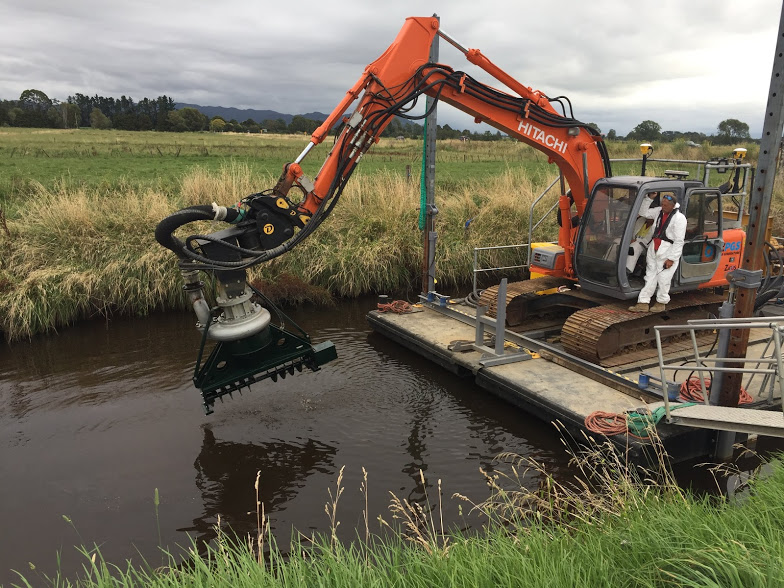 Acting Project Manager, Ken Tarboton, said that the milestone was significant for the team and for the wider community.

“This week the contractor started removing contaminated sediment from the main Canal and moving it to a contained area where it can be kept safely and eventually remediated.

“This is a huge milestone – to finally start removing contaminated sediment from the Canal after many years of hard work by a lot of people and leave such a positive legacy for future generations. In particular, it is time we remember Joe Harawira and SWAP [Sawmill Workers Against Poisons] who would be proud to reach this point,” Mr Tarboton said.

“When the dredging operating has been going smoothly for a while, we hope to be able to allow the public to see how the process works with a small open day. It will be particularly important to bring our Community Liaison Group through the site as they have been on this journey with us for almost three years now and are crucial to our success. The open day will be an opportunity to see the work we are doing up close and celebrate this big step forward,” Mr Tarboton said.