Results of recent faecal source tracking carried out on water samples from the Waiōtahe catchment point to ruminant animals as the likely cause of E.coli contamination in the estuary.

In January this year, Toi Te Ora Public Health issued a health warning advising against eating shellfish collected from Te Ahiaua (Waiōtahe pipi beds). This was as a result of routine monitoring by the Bay of Plenty Regional Council which showed high levels of faecal indicator bacteria* in the water over a period of time. The warning is specifically related to eating shellfish and there are no concerns around other recreational uses. Shellfish feed by filtering water, and therefore tend to concentrate any bacteria or other toxins.

Regional Council has been looking into the potential sources of faecal contamination in the estuary. A number of new monitoring sites have been established in drains and tributaries that flow into the Waiōtahe River. Where tests have indicated high counts of faecal indicator bacteria such as E.coli, Council has undertaken faecal source tracking* to better establish the sources of the contamination.

Land Management Officer for the Eastern Catchments, Tim Senior, said that while the results were not surprising, they were a useful piece in the puzzle to work towards a long term solution.

“The DNA results are perhaps not surprising, but they do help us form a better picture of catchment health and water and bacteria movement.

“We are working on a more detailed and comprehensive water monitoring programme in the Waiōtahe and have engaged a number of scientists both within and from outside the organisation to help us identify the extra work needed.

“Council is focussed on protecting water quality – we work proactively with a range of industries and landowners to reduce run-off from the many land-use activities that can degrade water quality. Incentives to ensure streams and drains are fenced, stock river-crossing avoided, bush and wetlands protected and planting done where possible. But it is likely that given the low-lying nature of much of this catchment and some of the issues we are seeing, we will need a number of extra initiatives to work on with the farmers.

“Farmers in this catchment have already shown a great willingness to engage with us around this work. In fact, the winners at the recent Bay of Plenty Ballance Farm Environment Awards, Waiotahi Valley dairy farmers, Jared and Sue Watson, are proactive in working collaboratively to manage effluent run-off from dairy farms. They have been a clear voice for sustainable farming in the catchment.

“We are also working with the local hapū (Te Upokorehe) and the wider community who are understandably concerned about this contamination.

“It is great to see a community response to this as there is no one simple solution and it is likely that a wide range of measures will need to be implemented. And this work will take time and collective effort,” Mr Senior said. 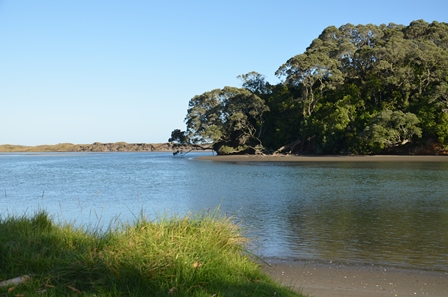 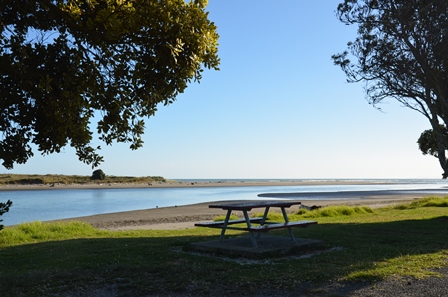