The Marae Emergency Preparedness Planning toolkit, and the Community Response Planning toolkit were two of several resources that won the readiness and resilience category at the inaugural awards, which recognise excellence in emergency communications.

In accepting the award, Emergency Management Advisor Naomi Luckett said the award was a tribute to the wide range of people and agencies who contributed to the project.

“So many people collaborated on the development of the toolkits and it’s hard to know where to start thanking people. This is a fitting recognition for an amazing project.”

“The suite of toolkits demonstrates the importance we place on emergency planning and the vital role communities and marae play in that process. The partnership and collaboration between Civil Defence, partner agencies and local communities in the Bay of Plenty continues to help build a safe, strong Bay of Plenty, together.” 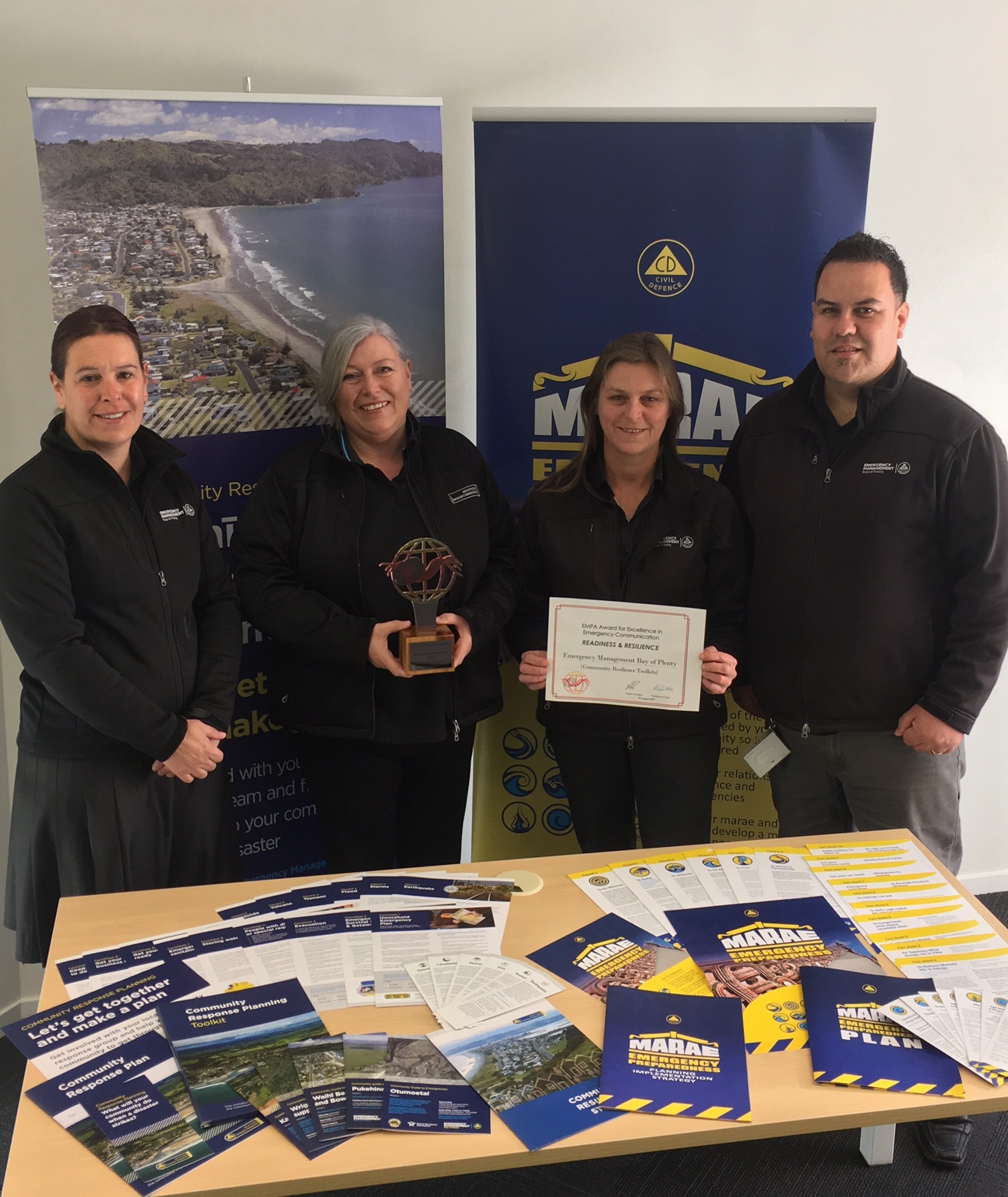