Bay of Plenty Regional Council has completed the roll-out of bike racks on Rotorua buses, with Tauranga the next city in its sights.

Committee chairman Lyall Thurston says the implementation of racks in Rotorua has only just been completed, so it’s too early to gauge how many bus users are taking advantage of the bike racks.

However, he says in other regions that use the racks, a positive impact on bus passengers can be seen.

“Bus racks allow people to travel a much greater distance to and from their bus stop, and their eventual destination. This opens up public transport to a much wider range of potential passengers, and ultimately may help reduce the number of cars on our roads.

“Obviously there are also health benefits for those that choose to use bikes for part of their journey!”

Cr Thurston says the Western Bay Public Transport Blueprint sets out a number of initiatives for the Tauranga urban bus service, including the introduction of bike racks for the start of the new bus service contract, expected to be early 2019.

In the Bay of Plenty, bike racks are currently installed on Rotorua Cityride and the eastern services of Whakatane to Ohope, and the Whakatane/Kawerau/Opotiki to Tauranga bus services. 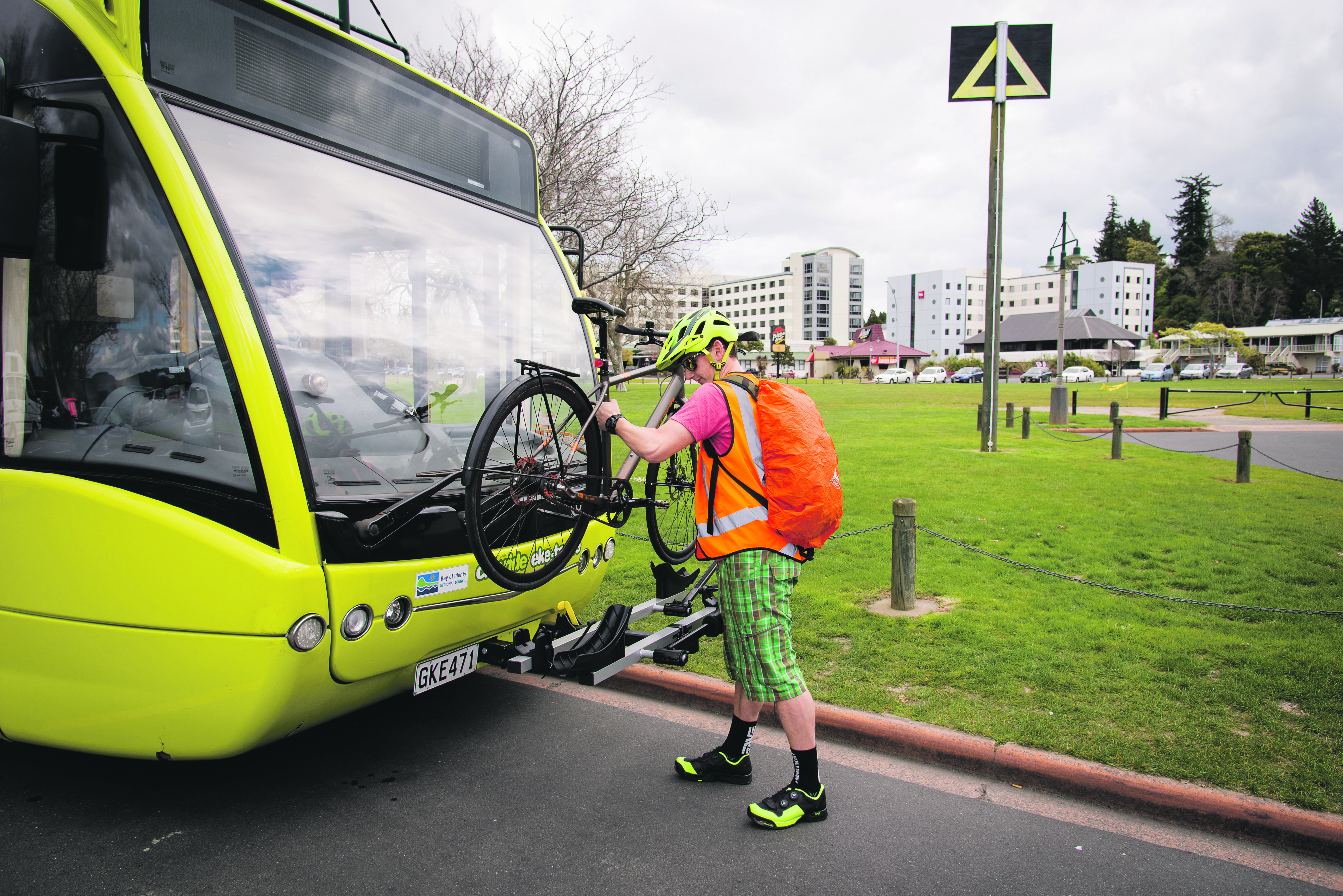