A Bay of Plenty Regional Council contractor has found and removed five clumps of the invasive aquatic weed arrowhead (Sagittaria montevidensis) from a storm water drain in Bethlehem, Tauranga.

“Other Sagittaria species have been found and removed from the Bay of Plenty before but this is the first time we’ve seen this particular variety here. It was brought to New Zealand as a pond and aquarium plant but its rapid, clump forming growth habit and ability to disperse seeds widely make arrowhead a pest. It can spread quickly and out-compete other plants,” said Bay of Plenty Regional Council Biosecurity Officer Andy Wills.

“We want to keep arrowhead out of the region because of its potential to choke waterways, aggravate flooding, and displace native plants,” he said.

Mr Wills said that contractors have been searching nearby areas for further infestations. He’s asking for local people to keep an eye out for the weed and let Regional Council know if they see it by calling 0800 STOP PESTS (0800 786 773) or emailing STOP.PESTS@boprc.govt.nz.

Arrowhead grows in still or slow-moving waterways such as wetlands, drains and ponds. It has large, glossy, arrow-shaped leaves which grow up to 25 centimetres long. Its stalks stand up to 1 metre above the water. Arrowhead flowers are white, with three petals and a purple blotch at the base. The flowers are about the size of a fifty cent coin and are visible between November and March.

Mr Wills said that the source of the arrowhead plants in Bethlehem is unknown.

“Its seeds can float and are easily spread by water flow, livestock, waterfowl, or earthworks machinery. If it’s kept in a pond, there’s a risk that arrowhead can be spread to new areas by birds or pond overflows during heavy rain,” he said. 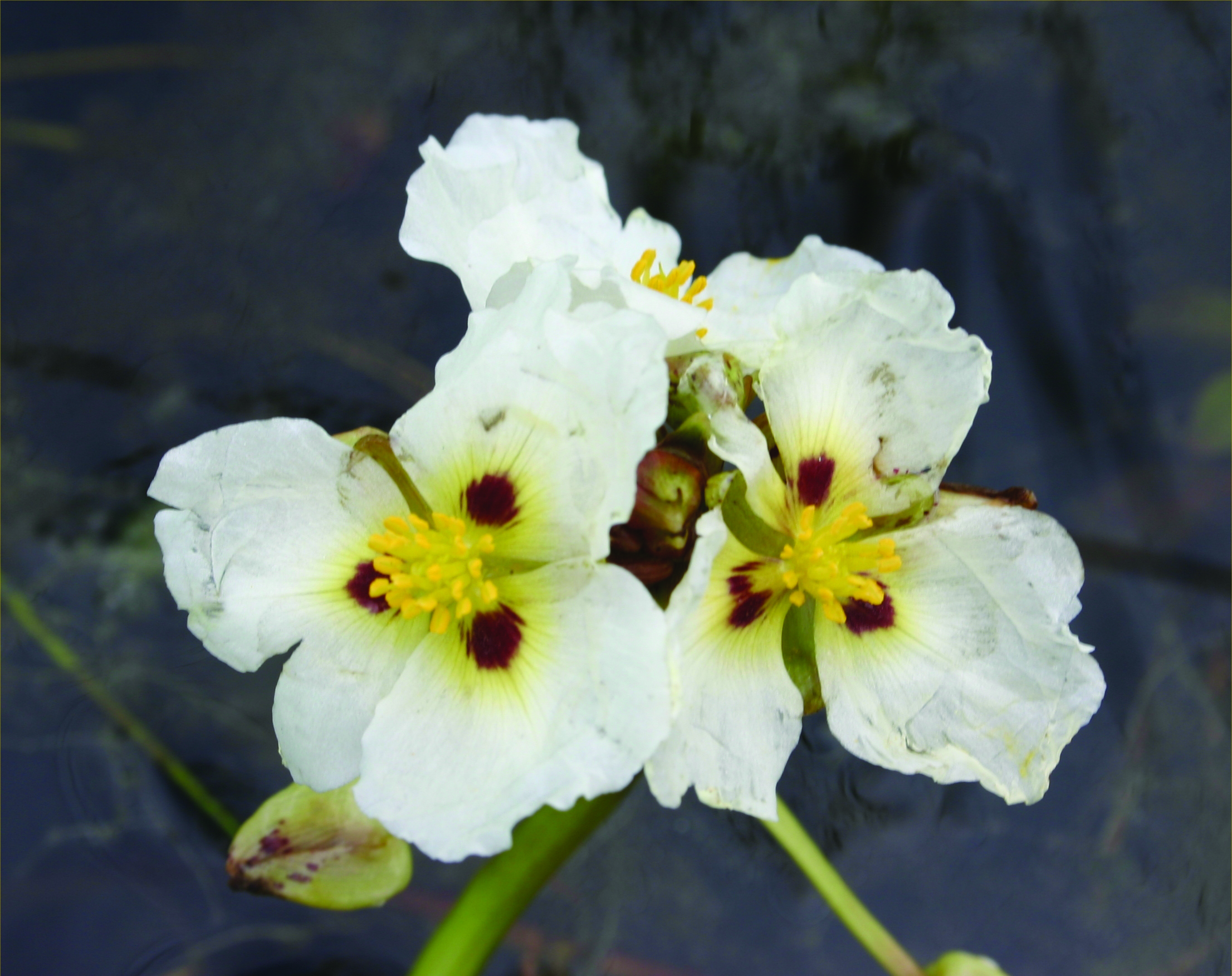