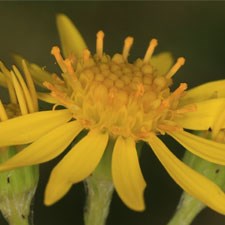 Ragwort is a native to Europe, Asia, and Siberia and was introduced to New Zealand in the 1870’s as a garden plant.

In 1926 the cinnabar moth was released to reduce infestations throughout the country. The ragwort flea beetle was released widely during the late 1980’s and early 1990’s and is assisting with further control of ragwort infestations nation-wide.

Sustained control pests are well established in the region and preventing the spread is no longer a realistic objective. Management focuses on reducing general impacts of the pest. Landowners/ occupiers are responsible for the control of these pest species on their land. Council may enforce control.

Occupiers must destroy ragwort within 10m of any property boundary where the adjoining occupier is also controlling it.

Regular follow up treatment will be necessary for some years until the seed bank is exhausted.