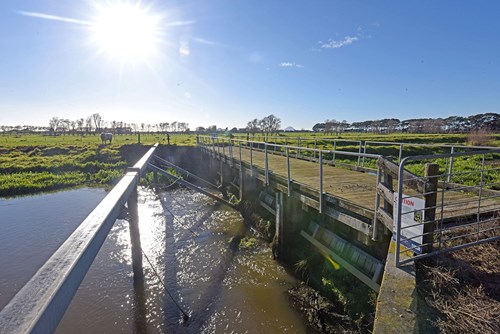 The Rangitāiki Plains covers an area of 29,000 ha between Matatā and Whakatāne, extending from the coast to Kawerau and covers the lower flood plains of the Rangitāiki, Tarawera and Whakatāne Rivers.

The land is mostly used for dairying, horticulture and grain cropping. There are also small areas of wetland reserve and urban development. Prior to European settlement in 1890 the Rangitāiki Plains consisted mostly of wetlands.

The scheme consists of: